Call to Holiness: May

The Dignity of Work and the Rights of Workers

The economy must serve people, not the other way around. Work is more than a way to  make a living; it is a form of continuing participation in God’s creation. If  the dignity of work is to be protected, then the basic rights of workers must  be respected--the right to productive work, to decent and fair wages, to the  organization and joining of unions, to private property, and to economic  initiative. 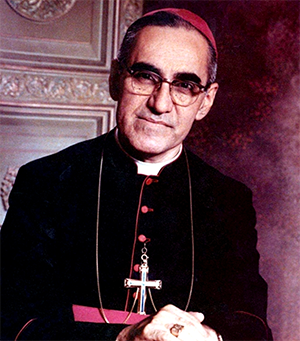 As an archbishop, he witnessed numerous violations of human rights and began a ministry speaking out on behalf of the poor and victims of the country's civil war. His brand of political activism was denounced by the government of El Salvador. In 1980, he was assassinated by gunshot while consecrating the Eucharist during Mass. His death finally provoked international outcry for human rights reform in El Salvador.

In 1997, a cause for beatification and canonization into sainthood was opened for Romero and Pope John Paul II bestowed upon him the title of Servant of God, and he was canonized by Pope Francis on October 14, 2018.  He is considered the unofficial patron saint of the Americas and El Salvador.

Each week will be providing two questions from the Gospel reading, one for children and one for adults. Please prayerfully reflect on and discuss these questions.
Children: How do I ask Jesus for help?
Adults: Do I believe I can do great things with my seed of faith?